When you hear the second movement of Beethoven’s Piano Trio in D Major, Op. 70, No. 1, you’ll immediately understand why this piece earned the nickname, the “Ghost” Trio. It’s some of the most eerie, strange and terrifying music ever written. It constantly keeps you off guard, taking sudden and unexpected turns, like a shadowy apparition which is there one minute and gone the next. As the second movement unfolds, it may play tricks with your perception of time.

Beethoven’s ability to pack a universe of drama and color into three instruments is amazing. There are moments which seem strikingly symphonic (he had just finished the Fifth and Sixth Symphonies). At times, even tonality seems to be on the verge of slipping away (the second movement’s prolonged trills in the low depths of the piano which confuse the ear).

Gustav Mahler said, “A symphony must be like the world. It must embrace everything.” It’s easy to get a similar sense with this trio. The outer movements are emotionally far removed from the haunting Largo. There are moments of giddy joy, love and gratitude. All of these contrasting emotions are a great reminder that this music expresses much more than the frustrations and torment of a man who was slowly losing his hearing. Beethoven’s music transcended his life, tapping into something much deeper and more universal. In that respect he “heard” things no one else could.

Beethoven wrote the two Op. 70 Trios in Heiligenstadt during the summer of 1808. Around this time he was contemplating an opera based on Shakespeare’s Macbeth. The opera remained unwritten, but its ghosts seem to have found their way into Op. 70, No. 1.

Here are Isaac Stern, Yo-Yo Ma and Emanuel Ax in concert in Paris in 1992: 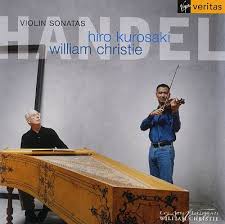 You may be familiar with classic recordings of George Frideric Handel’s Violin Sonatas by Isaac Stern, Nathan Milstein, Henryk Szeryng and Szymon Goldberg. For the most part, they’re all Romantic performances, emphasizing a large, singing tone and lots of vibrato. For a slightly different take, add to the list an excellent 2003 Baroque recording by violinist Hiro Kurosaki and harpsichordist William Christie.

No one knows if Handel actually wrote all seven of the sonatas on this disk. A few are suspected to be the work of other composers, now long forgotten. The D-major sonata (HWV 371), one of Handel’s last works, and youthful G-major sonata (HWV 358) are authentic. Dr. Suzuki included the F major and D major sonatas in Book 6 and the A major sonata in Book 7.

Born in Japan, Hiro Kurosaki now lives in Austria and teaches at the Mozarteum in Salzburg. He plays a 1690 Giovanni Battista Rogeri violin on this recording, an instrument made during Handel’s lifetime. Kurosaki and Christie claim that their interpretation was influenced by Handel’s opera writing. Listen to this excerpt from the 1724 opera, Giulio Cesare, for a comparison.

Also listen to the F major and G major sonatas.

Legendary Ukrainian violinist and teacher Abram Shtern passed away last week at the age of 96. Shtern was concertmaster and professor in Kiev before emigrating to the United States in 1990 and settling in Los Angeles. He represented one of the last direct links to the tradition of Leopold Auer, the teacher of Heifetz, Milstein and others.

For much of his career, Shtern stayed out of the spotlight, but he was deeply respected within the violin world. Isaac Stern said:

[quote]Oh, how he played! This man never leaves behind what the music means and such enthusiasm – he not only loves music but also he lives FOR music! He is an incredible master-musician.[/quote]

Here is a 1971 recording of Abram Shtern playing the solo from Tchaikovsky’s Swan Lake:

These informal clips give a sense of Shtern’s rich, singing tone and extraordinary technique. Notice his masterful, seamless bow control. This video, from Shtern’s 75th birthday, highlights his roots in Klezmer fiddling. Here is a profile featuring more background on Abram Shtern’s life. 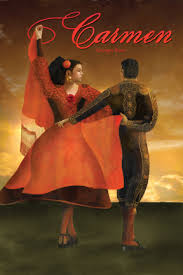 Georges Bizet’s Carmen remains one of opera’s most popular hits, partly because of its rich and exotic melodies. These melodies were the inspiration for Spanish violinist Pablo de Sarasate’s Carmen Fantasy, written in 1883.

In the nineteenth century, composers commonly used opera melodies as a springboard for new virtuoso showpieces. At the time, arias from Carmen and other operas would have fallen into the category of “popular music.” Franz Liszt wrote a  Fantasia on two themes from Mozart’s The Marriage of Figaro and Grande Paraphrase de Concert sur le Rigoletto de Verdi among other opera-inspired pieces. Joshua Bell’s 2001 West Side Story Suite continues this tradition.

Franz Waxman offered another take on Carmen in his score for the 1946 film Humoresque. Waxman’s Carmen Fantasie was originally written for Jascha Heifetz, but the score was recorded by a young Isaac Stern. Here is the film’s original trailer. The recordings by Heifetz and Stern are both worth hearing: 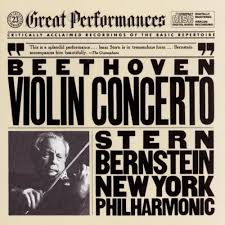 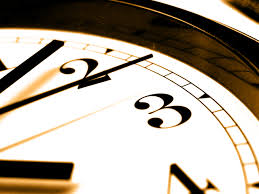 Here are a few of Jack Benny’s classic comedy routines featuring the violin. In his performances, Benny was know for his “bad” violin playing. In reality, he was a competent violinist and the owner of a Stradivarius. Through the years, Jack Benny’s guests included Isaac Stern and Jascha Heifetz. His show broke racial barriers in the United States with its human portrayal of the African-American butler, Rochester, as well as with guests such as Louis Armstrong and the Ink Spots.

This clip with Gisele MacKenzie offers a glimpse into the genius of Benny’s violin-centered comedy.

Here is a clip with Toni Marcus: