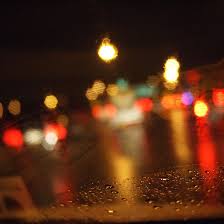 There is a significant update to Monday’s post regarding the Hartford Wagner Festival’s plans to use a “virtual orchestra” in performances of the Ring Cycle. On Monday afternoon the Festival announced that performances would be postponed due to the controversy, which resulted in resignations of key members of the company. Although it was not mentioned in the released statement, an apparent lack of financial support may also have played a role. A Kickstarter campaign, initiated on May 30 with the fundraising goal of $25,000, has only resulted in a single $50.00 pledge. To get a sense of the “virtual orchestra,” listen to this sampled version of Dvořák’s Serenade for Strings and then compare it with the real thing.

While the “virtual orchestra” has met with resistance in the opera pit, computer processed sounds have led to a rich array of new colors and exciting compositional possibilities for contemporary composers. From amplified rock music to the faint hum of our lights and appliances, the sounds of electricity are all around us. These sounds shape our sensibilities in the way bird songs and bubbling brooks influenced Haydn or Schubert. In pop songs and avant-garde computer compositions, the recording has become elevated to a work of art in its own right. There are obvious drawbacks to the fixed and unchanging nature of a recording, as opposed to the spontaneity of acoustic performance. But acoustic and electric sounds will continue to blend in interesting new ways. In the twenty-first century, complex musical technology ranges from the violin to the computer.

Paul Lansky’s Night Traffic (1990) uses the processed, recorded sounds of cars passing in the night on a four lane highway in New Jersey. For me, the piece hints at an atmosphere of lonely isolation and the dehumanizing nature of modern technology. You may come away with a completely different feeling. As you listen, consider the sense of motion and edgy, metallic tonal colors. Read about the background of the piece here. Lansky offers this description of Night Traffic:

There is a kind of randomness, violence, and rhythmic intensity (and great Doppler shifts!) which draw upon and excite all sorts of musical perceptions.

Retiring last month, Paul Lansky was a longtime member of Princeton University’s composition faculty. Recently, his music has shifted from computers, which he has described as “a kind of aural camera in the world”, to acoustic instruments. His 1973 tape piece, mild und leise, inspired by Wagner’s Tristan chord, was quoted in the Radiohead song, Idioteque.