Conductor, composer, pianist, educator, music philosopher…Leonard Bernstein’s whirlwind career was a complex mix of these versatile roles. Perhaps as a result, when it came to Bernstein’s Broadway music, outside influences were constantly creeping in, from West Side Story’s Copland-like Somewhere Ballet sequence and the dueling-keys of the Finale (a reference to the final bars of Richard Strauss’s Also sprach Zarathustra) to a hint of Puccini in the soaring and harmonically searching Lonely Town from On the Town.

Bernstein couldn’t resist writing a 12-tone fugue for West Side Story’s Cool, a sly tip of the hat to the atonal concert music of composers such as Schoenberg and Berg, and the last thing you would expect on the popular Broadway stage. The Cool Fugue’s disguised tone row may be a great metaphor for what was arguably Bernstein’s greatest accomplishment: the ability to break down barriers for a whole generation, demystify “difficult” music, and show a wide audience that classical music is really just “cool.”

Bernstein most obviously broke the traditional Broadway mold in the area of rhythm and meter. The songs of West Side Story are far removed from the traditional “boom-chick” 32-bar Tin Pan Alley style. While reflecting on writing the lyrics for West Side Story, Stephen Sondheim has said, “one of the things I learned from him was not always necessarily to think in terms of 2-, 4- and 8-bar phrases.”

For an example, listen to the complex Latin cross-rhythms in the opening of America. There are four distinct rhythmic layers. By the time the bass pizzicato enters, our sense of downbeat and upbeat is delightfully unstable. But keep listening, and you’ll hear America’s real rhythmic innovation: alternating measures of 6/8 time, a compound meter based on a feeling of three (three eighth notes filling out two beats) and 3/4 time, a simple meter based on a feeling of two (two eighth notes for each of the three quarter notes). The two rhythmic “feels” fight each other, suggesting a musical melting pot akin to the ethnic melting pot at the heart of the song:

Looking back on West Side Story’s earth shattering opening night on Broadway in September, 1957, Sondheim remembers that the audience sat through the first half of Act 1 with disturbing reverence, as if they had forgotten they were at a musical. It was Chita Rivera (Anita) and America which brought the audience to life, and provided the right emotional release at a crucial moment in the story.

In celebration of the lead up to Independence Day on Friday, let’s listen to the original Broadway cast recording of America. Keep an ear out for the irregular rhythm outlined in the bass line and pay attention to the way it fits with the other voices. Notice little details like the flute line, suggesting “tropical breezes” (0:27) and later an exotic bird song from the jungle (0:48). At times, you may be reminded of Aaron Copland’s El Salón México: 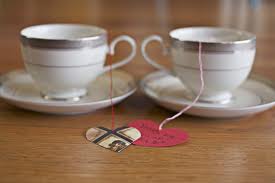