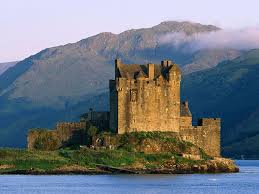 Tomorrow all eyes will be on Scotland. A referendum will determine whether the ancient and mysterious land of rugged mountains, long, picturesque Lochs and remote castles will remain a part of the United Kingdom or become an independent country. Throughout its tumultuous history (which included the arrival of the Romans around 71 AD, and later, Catholic-Protestant religious wars in which the Scots sometimes fought alongside the French), Scotland has maintained a separate identity. The Treaty of Union brought Scotland into the United Kingdom in 1706. Today, independence could have significant and possibly devastating implications for Scotland’s orchestras.

The landscapes and legends of Scotland have served as an inspiration for many composers. Here is a sample:

Felix Mendelssohn toured Scotland in 1829 when he was twenty years old. During a stormy voyage to the Hebrides Islands, he visited Fingal’s Cave, a miraculous sea cavern on the desolate, rocky coast of the uninhabited island of Staffa. Hebrides Overture (Fingal’s Cave), Op. 26 was finished a year later on December 16, the one day of the year that the cave is fully illuminated by sunlight.

Mendelssohn’s letters suggest that he was deeply affected by his experience at Fingal’s Cave. It was here that the opening motive of the overture came into his mind.

Listen to the way the music evokes an atmosphere of mystery, even suggesting the supernatural. You can almost feel the motion of the waves in the opening, but also listen to the long, sustained tones which emerge in the brass and woodwinds (0:21). At 3:52 we hear a “surround sound” effect as the distinct voices of a variety of instruments add their statements. Mendelssohn’s music covers wide emotional territory, but at the end we’re left with the same sense of wonder and mystery we felt in the opening.

This recording features Claudio Abbado and the London Symphony Orchestra:

Mendelssohn’s visit to the the ruined abby at Holyrood Palace in Edinburgh inspired the opening seed for the “Scottish” Symphony No. 3 in A minor, Op. 56. He wrote:

In the evening twilight we went today to the palace where Queen Mary lived and loved; a little room is shown there with a winding staircase leading up to the door… The chapel close to it is now roofless, grass and ivy grow there, and at that broken altar Mary was crowned Queen of Scotland. Everything round is broken and mouldering and the bright sky shines in. I believe I today found in that old chapel the beginning of my ‘Scottish’ Symphony.

You might hear a faint echo of Scottish folk music in the theme of the second movement. Beyond that, the symphony qualifies as “pure music,” with no overt references to Scotland. The movements flow into one another with little break, creating a sense of continuity. For me, one of the most interesting aspects of this piece is the surprising way it ends. The majestic, joyous theme of the coda seems to leave behind everything which has come before.

This is Herbert Blomstedt and the Royal Concertgebouw Orchestra in concert in 2008:

Completed in 1880 and dedicated to Pablo de Sarasate, Max Bruch’s Scottish Fantasy for Violin and Orchestra, Op. 46 offers another German view of Scotland. The four movements are based on Scottish folk songs, “Auld Rob Morris”, “The Dusty Miller”, I’m A’ Doun for Lack O’ Johnnie” and “Hey Tuttie Tatie.” Fragments of “Auld Rob Morris” return throughout the piece. Listen for its quiet final statement at the end.

Here is Jascha Heifetz’s legendary recording with Sir Malcolm Sargent and the New Symphony of London:

An Orkney Wedding, with Sunrise

The Orkney Islands are at the northernmost tip of Scotland. In 1985 English composer Peter Maxwell Davies wrote An Orkney Wedding, with Sunrise, a piece which captures the raucous atmosphere of a traditional wedding celebration on the islands. Listen for the entrance of a bagpiper at the end.