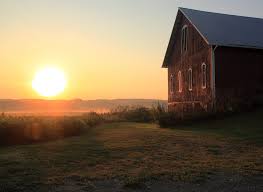 Natural cycles, from the change of seasons to the predictable routine of day turning to night, shape our sense of time. Can you imagine how our perception of time, and subsequently music, would be different without these events?

Nature’s visual grandeur has also been an inspiration to composers, especially the eternal drama of the sunrise. Here are five musical depictions:

Haydn’s String Quartet in B flat major, Op.76, No.4 was not originally intended to evoke a sunrise. For Haydn this quartet, written in 1797 in the final years of his life, was pure music. The ascending opening passage later earned it the nickname, “Sunrise”. This expansive musical line has been called “one of the greatest openings in chamber music.” Listen to the way Haydn draws us into the piece and heightens our expectation. The second theme (1:09) reverses the opening motive with a descending line in the cello. In the development section, beginning at 4:24, notice how Haydn transforms the opening motive, suddenly shifting into minor. Can you hear when Haydn returns “home” at the recapitulation?

The last movement’s “Allegro ma non troppo” marking implies a tempo which isn’t too fast. But Haydn, the master of musical humor and surprise, does something interesting and unexpected with the tempo at the end.

This performance is by the Takács Quartet:

Modest Mussorgsky’s opera, Khovanshchina, tells the story of a violent and bloody episode in Russian history-the unsuccessful rebellion led by Prince Ivan Khovansky against Peter the Great and the subsequent mass suicide of Khovansky’s followers. Mussorgsky (1839-1881) was part of “The Russian Five,” a group of nationalistic Russian composers who aimed to promote their country’s unique musical identity.

The Prelude to Khovanshchina depicts dawn on the Moscow River. The music was orchestrated by Nikolai Rimsky-Korsakov. Pay attention to the mix of orchestral colors and to the way the piece unfolds. How do these elements suggest a sunrise over calm, glistening water? Listen for the sound of church bells. Also, notice the quick ornamental notes in the melody (1:06), which give the music its distinctly Russian flavor.

Here is a 1997 recording of the Chicago Symphony with Sir Georg Solti:

Helios was the living sun in Greek mythology. In his Helios Overture, Op. 17, Danish composer Carl Nielsen (1865-1931) depicts sunrise as a gradual, unfolding process. The moment when night gives way to the first light of dawn is marked by a sliver of light on the edge of the eastern horizon. At the end of the day, the sun sinks back into the western horizon.

In the score Nielsen wrote:

[quote]Silence and darkness, The sun rises with a joyous song of praise, It wanders its golden way and sinks quietly into the sea.[/quote]

This is the Danish Radio Symphony conducted by Herbert Blomstedt:

Now let’s hear the famous first movement of Norwegian composer Edvard Grieg’s (1843-1907) Peer Gynt Suite, which also depicts a sunrise. This performance is by the Berlin Philharmonic, conducted by Herbert von Karajan. The flute solo is played by James Galaway, who was principal flute in Berlin at the time of the recording. Listen to the dialogue between instruments. Each voice from the woodwinds to the horns has a distinct persona.

As a professional orchestral musician, I consider myself lucky to be able to sit in the middle of the orchestra every day, surrounded by a rich collective sound. When I play this piece, I always listen for the magical moment at the end of this movement when the horn chords resolve into the final statement of the flute (3:20). The warm low strings and the shimmering flute create a unique musical mood.

Finally, let’s listen to a distinctly American musical depiction of a sunrise. The scene is Arizona’s awe-inspiring Grand Canyon. This is the first movement of Ferde Grofé’s Grand Canyon Suite. Here is some background on the piece, completed in 1931. This is a recording featuring the Detroit Symphony, led by conductor Antal Doráti:

Find on iTunesFind on Amazon 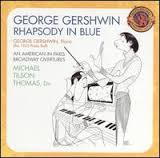