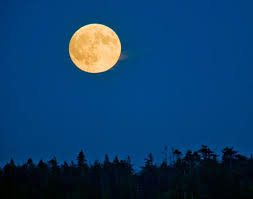 Four-time Grammy Award winning opera singer Renee Fleming will be singing the national anthem at the Super Bowl this coming weekend. You may remember her singing (yes, singing) David Letterman’s Top Ten list on The Late Show last year. She also appeared at the Obama Inaugural Celebration in 2009 and at Ground Zero after the September 11th attacks.

I performed with the Virginia Symphony when Fleming came to Norfolk about ten years ago and I found her to be one of the most gracious and down-to-earth celebrities I have ever encountered…a humble superstar who was there to serve the music. No wonder she’s earned the nickname “the people’s Diva.”

Let’s listen to Renee Fleming sing Song to the Moon from Act 1 of Antonín Dvořák’s opera, Rusalka. The opera is based on a Czech fairy tale with roots deep in Slavic mythology. Rusalka is a water nymph who has fallen in love with a prince who came to swim in her lake. In order to be with the prince she must be transformed into a human. The aria captures Rusalka’s feelings of sadness, despair and longing for a love which is out of reach. You can read the synopsis of the complete opera here. Watch an English language performance here.

This performance is from the 2010 Last Night of the Proms at Royal Albert Hall in London:

Could you feel the drama of the scene expressed in Dvořák’s music? This is essentially what opera is all about. It takes us out of the literal world, where singing characters and far out story lines seem ridiculous, and plunges us into the world of metaphor. Most of us can’t relate to nymphs and princes, but we can all relate to Rusalka’s character on a human level. Drama which unfolds musically opens the door to a complex mix of deep emotions.