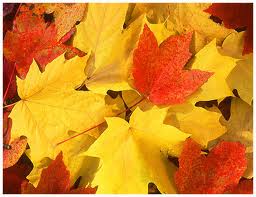 The vibrant Fall colors outside my window are a great excuse to listen to Vivaldi’s third concerto, “Autumn” from “The Four Seasons. Antonio Vivaldi (1678-1741) was writing and playing this music at a time when the violin was developing as a virtuosic instrument. There’s a youthful joy in this music, as if he’s saying, “Look what the violin can do!” The key to playing this music well is to make the technical passages sound effortless and fun.

The piece is in three contrasting movements (fast, slow, fast). Here is a video by Julia Fischer and The Academy of St. Martin in the Fields:

To get an idea of how many ways this music can be played, listen to this performance which uses instruments similar to those in Vivaldi’s time. Notice the difference between the Baroque and modern bow. Can you hear a difference in the sound which is created? Also notice the sparing use of vibrato. Here, violinist Giuliano Carmignola performs with the Venice Baroque Orchestra:

Listen to Vivaldi’s Winter and Spring concertos here. Leave a comment below with your thoughts on these performances.

For those of us in the Northern Hemisphere, winter is slowly beginning to loosen its grip.  As we look forward to warmer temperatures and longer days, let’s enjoy music from Antonio Vivaldi’s The Four Seasons.

Written in 1723, The Four Seasons is a collection of violin concertos, each depicting a different season of the year.  A concerto is a composition, usually in three movements (Fast, Slow, Fast) written for a solo instrument (or instruments) and orchestra.

Vivaldi was one of the greatest violinists of his time.  He was influential in both the development of the violin and the establishment of the concerto as a musical genre. Vivaldi, Corelli, Veracini, Tartini and others in Italy around the beginning of the eighteenth century wrote music that extended the range and technical possibilities of the violin and incorporated “cantabile melodies, brilliant figuration, expression and dramatic effects [which] strongly influenced the course of music in other countries.”*

As you listen to these performances, consider how Vivaldi musically captures the atmosphere of winter and spring.  To help performers interpret the music, Vivaldi wrote sonnets in the score before each concerto.  Listen to the icy sounds in Winter and notice how the bows are used to create these sounds.  In Spring you’ll hear the violins depicting bird songs.  Pay attention to the back and forth dialogue between the orchestra and the solo violin.  This is part of what gives a concerto so much drama.

I have included two great performances.  The first features violinist Julia Fischer and the Academy of St. Martin in the Fields.  She gives a beautiful, twenty-first century performance of the piece.

You might have fun comparing Fischer’s interpretation with the second set of clips, featuring a really exciting performance by Giuliano Carmignola and the Venice Baroque Orchestra.  Although no one knows exactly how this music was played in Vivaldi’s time, this performance attempts to be more historically accurate.  You will notice that the bows are shaped differently than the modern bow and the sound produced is quite different.  You will also hear ornamental notes added, especially in the slow movement of Winter.  In Vivaldi’s time this kind of freedom and sense of improvisation was common.

After listening to these clips, I think you’ll be amazed that the same music can sound so different depending on the concept of the performer.  This is an aspect of music that we should celebrate.

In my next post, in the middle of the month, we’ll listen to an amazing piece written in the twentieth century that was inspired by Vivaldi’s Four Seasons. Julia Fischer and the Academy of St. Martin in the Fields: