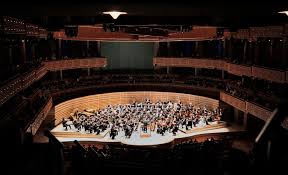 The world is becoming increasingly saturated with information, but arguably less thoughtful. That was the topic of a recent opinion piece in the New York Times. In Hit the Reset Button in Your Brain, Daniel J. Levitin writes about the increasing amount of information our brains are trying to process through e mails, tweets, Facebook and other technology. All of this crowds out daydreaming, which he cites as the true source of creativity:

Daydreaming leads to creativity, and creative activities teach us agency, the ability to change the world, to mold it to our liking, to have a positive effect on our environment. Music, for example, turns out to be an effective method for improving attention, building up self-confidence, social skills and a sense of engagement.

At same time, writers such as Chris Hedges and Henry Giroux suggest a similar trend in education, documenting an attack on arts and literature-based classical education in favor of standardized testing. On the college level, liberal arts are under attack. In this environment, it suddenly seems less crazy when an NPR host openly questions the value of Shakespeare.

All of this makes me wonder if we’re in danger of forgetting how to slow down and really listen to music. Since the advent of recordings, there’s more music around us than at any time in history. Background music encourages us to tune out, a phenomenon which troubled Aaron Copland. To really listen requires focus and attentiveness. The more times you hear a piece, the more you may get out of it.

Concerts are social and communal experiences, but when the lights go down, the listener engages in a personal relationship with the music. Orchestras have been engaged in initiatives to perform in unusual venues where the audience is up close and personal. These initiatives have value, but when it comes to focused listening, there is no substitute for the “frame” of the darkened concert hall.

The 40,000 year old flute which was discovered in the Danube Valley suggests that music is as old as humanity, possibly pre-dating language. The voices have something to say to us. Let’s put down our cell phones and really listen.

What is the role of music and the arts in education?  Unlike the arts-centered education of ancient Athens, modern American public education has increasingly moved towards jobs training.  In this commodified world of standardized tests, the arts are often pushed to the periphery so that students will be “prepared for college” or “competitive in a global economy.”

Does the current system teach students what to think instead of how to think?  In his book, Empire of Illusion: The End of Literacy and the Triumph of Spectacle, Chris Hedges writes:

“We’ve bought into the idea that education is about training and “success,” defined monetarily, rather than learning to think critically and to challenge. We should not forget that the true purpose of education is to make minds, not careers. A culture that does not grasp the vital interplay between morality and power, which mistakes management techniques for wisdom, which fails to understand that the measure of a civilization is its compassion, not its speed or ability to consume, condemns itself to death.”

Advocates of music education often cite studies that document the effects of music on academic performance.  The Mozart Effect, this study about music’s effect on learning and the nervous system and this study which links playing music from an early age and brain health after age 60 are only a few examples.

While many of these studies have merit, they obscure the real value of music education.   Music is fundamental to the human experience.  There is speculation that music predated language, with the discovery of flutes carved out of animal bones by the Neanderthals 53,000 years ago.  Music expresses something deep in humanity and conveys a sense of meaning that cannot be put into words.

In his Philosophy of Music Education Larry Judd, a music educator of 36 years writes:

“Music is an expressive, aural art…It is a means of emotional fulfillment, an explanation of existence.  Through its creative nature, music aids the search for self-realization and identity.  Music is an active, personal art which demands emotional and physical participation.

A study of music based upon an active, creative involvement insures the gaining of immediate enjoyment and satisfaction.  It is such that allows man to develop aesthetic sensitivity to the beauty around him and enables him to enjoy a richer, more meaningful life.”

“The greatest scientists are artists as well.” said Albert Einstein, an amateur violinist and pianist.  In this article Michele and Robert Root-Bernstein suggest that it was through entering the unique, creative world of music that Einstein gained his greatest insights into physics.  “I often think in music. I live my daydreams in music. I see my life in terms of music…. I get most joy in life out of music.”  Einstein told Dr. Shinichi Suzuki that “The theory of relativity occurred to me by intuition, and music is the driving force behind this intuition.”  Stressing the importance of intuition, Einstein stated that “Imagination is more important than knowledge.”

In his book, The Singularity Is Near: When Humans Transcend Biology, Ray Kurzweil suggests that, with the exponential growth of technology, artificial intelligence will one day surpass human intelligence.  Kurzweil paints a somewhat optimistic view of this new world, but would the essence of humanity, so mysteriously captured in our experience of music, survive?  Would we enter a new and sterile reality?  Perhaps there has never been a better time to hang onto those things which make us fully human.