American pianist and teacher Seymour Lipkin passed away on Monday. He was 88.

Born in Detroit, Lipkin studied with Rudolf Serkin, Mieczyslaw Horszowski, and David Saperton. During the Second World War, while still a student at Curtis, he accompanied Jascha Heifetz in concerts for American troops stationed around the world. In 1948 Lipkin won the Rachmaninov Competition, launching a significant solo career. He was a longtime faculty member of both the Juilliard School and the Curtis Institute of Music. In his youth, he studied conducting with Serge Koussevitzky at Tanglewood and George Szell as an apprentice at the Cleveland Orchestra.

Interviews suggest that Seymour Lipkin was the model of a well-rounded artist. As a teenager he was inspired by the music from Wagner’s Ring Cycle. (He would later serve as Curtis’ opera pianist). For students, he stressed the importance of listening to a variety of music and developing your own interpretation.

Seymour Lipkin was regarded as one of the finest interpreters of the music of Beethoven. In 2004 he released the complete cycle of Beethoven’s piano sonatas on the Newport Classics label. Unlike many artists, he was intimately involved in the editing of his recordings, with the goal of capturing the spontaneity and cohesiveness of a live performance. Here, he plays the stormy first movement of Beethoven’s “Pathétique” Sonata:

In contrast to the opening movement, the second movement of the “Pathétique” moves to a serene new world:

Here is the Rondo: 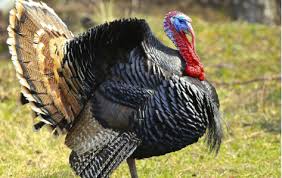 In celebration of Thanksgiving, here is Turkey Trot, the fifth movement of Leonard Bernstein’s Divertimento. Written in 1980 for the Boston Symphony’s centennial season, Divertimento is a collection of short, witty musical vignettes, which includes a waltz in the unusual meter of 7/8 time. The final movement, “The BSO Forever”, is a tribute to John Philip Sousa and the ghosts of the orchestra’s past conductors and musicians. The piece’s motives grow out of two pitches: B (Boston) and C (centennial).

Divertimento is a piece about history and memory-the popular dance music performed by the Boston Pops through the years and Bernstein’s own association with the orchestra as a student at Tanglewood and assistant to Serge Koussevitsky. Turkey Trot also seems to contain echoes of Bernstein’s early Broadway music. Listen to What a Waste from Wonderful Town for comparison. 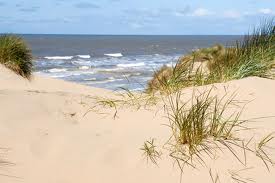 Today is the 100th birthday of twentieth century English composer Benjamin Britten (1913-1976). Let’s celebrate by listening to Britten’s Four Sea Interludes from the opera, Peter Grimes. Played during scene changes, these interludes express the drama of the opera’s unsettling story. As you listen, consider the mood that Britten evokes and pay attention to the orchestration. You can read the synopsis of the entire opera here.

Here is a recording of a live 1990 performance by Leonard Bernstein and the Boston Symphony at their summer home in Tanglewood. It turned out to be Bernstein’s final concert.

As you listened to the first interlude could you sense the shimmering sea, the splash of waves and a vast expanse of unbroken water stretching into the horizon? The music reflects a calm sea, but underneath there is a sense of foreboding. In the second interlude we hear church bells ringing and the sounds of seagulls. Towards the end of the final interlude as the storm subsides, the eternal presence of the sea brings a feeling of calm and safety…or is there still something slightly menacing lurking below the surface? The final lines sung by Peter Grimes are:

[quote]“What harbor shelters peace, away from tidal waves, away from storms? What harbor can embrace terrors and tragedies?”[/quote]

You can learn more about the life and music of Benjamin Britten here and here.