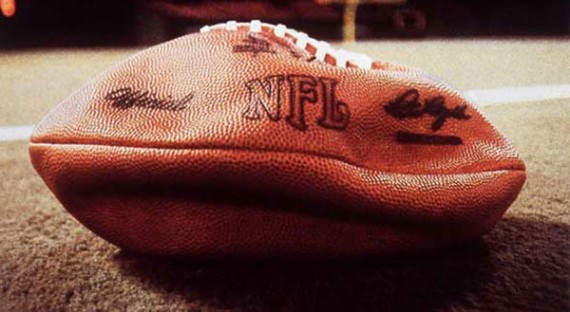 The Listeners’ Club isn’t a sports blog, so I have no insight into this weekend’s Super Bowl matchup between the Seattle Seahawks and the New England Patriots. I’ll also leave it to the Columbia University physics department to investigate allegations that the Patriots gained an unfair advantage by using purposely deflated balls.

But, in honor of Super Bowl 49, here is Pass the Football from Leonard Bernstein’s 1953 musical, Wonderful Town. The lyrics were written by Betty Comden and Adolph Green. In any other songwriter’s hands this would have been a fairly straight forward comic song. Bernstein seems to have been incapable of passing up an opportunity to have fun with witty musical details. The song opens with Coplandesque voice leading. A reoccurring chromatic scale which jumps wildly between octaves accentuates the humor: