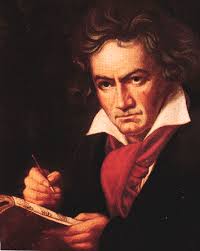 The key of C minor held special significance for Beethoven. Emotionally intense and stormy, C minor evoked the turbulence of an age of revolution. It embodied a sense of heroic struggle, which would form the bedrock of Romaticism.

In Beethoven’s Piano Sonatas: A Short Companion, American pianist and musicologist Charles Rosen suggests that Beethoven’s C minor compositions are closely linked to the Romantic idea of the artist as hero:

[quote]Beethoven in C minor has come to symbolize his artistic character. In every case, it reveals Beethoven as Hero. C minor does not show Beethoven at his most subtle, but it does give him to us in his most extrovert form, where he seems to be most impatient of any compromise.[/quote]

We’ll start with the Piano Sonata No. 8 in C minor, Op. 13, commonly known as the Sonata Pathétique. It was written in 1798, when Beethoven was 27 years old. The first movement’s structure follows traditional Sonata form (exposition, development, recapitulation). Many listeners hear the influence of Haydn and Mozart, but Beethoven’s unique voice is apparent. As you listen, consider the drama that a single chord can create.

This is a performance by Daniel Barenboim:

The ferocious opening C minor chord tells us everything we need to know about the piece which follows. Throughout the first movement’s introduction, notice the way Beethoven plays with tension and resolution. Just as we’re lulled into complacency, we get hit with another jarring surprise. Romanticism is about the drama of the moment and this introduction draws us into each moment, chord by chord. In the passage at 1:04, notice the musical conversation which is taking place. What do you think each voice is saying?

Beethoven returns to this haunting introduction at the beginning of the development section, but this time we hear it in G minor (5:35). This is a technique Haydn used frequently, but here it seems more ominous and unsettling. Notice how unstable the music feels throughout this section and listen for the return of C minor at the recapitulation (7:13).

At the beginning of the coda (8:35), we’re once again haunted by the opening C minor introduction. Regardless of the movement’s many harmonic adventures (which include E-flat minor and major and F minor), the stern final chord tells us that nothing has changed. C minor remains inevitable and all-powerful.

The second movement demonstrates the unique expressive qualities of individual keys. Here we’re in A-flat major, a world away from the storm and stress of C minor, which returns in the final movement.

Beethoven’s Violin Sonata No. 7 in C minor, Op. 30, No.2 was published in 1803. Again, the music is consumed with the stormy turbulence of C minor and maybe even the terror of the French Revolution.

Contrast the mood of this music to Sonata No. 6 in A major or  Sonata No. 8 in G major. Violinist Leonidas Kavakos suggests there is something almost symphonic about this piece’s emotional power. At times the violin seems to be fighting the piano (the chords at 1:33 for example). The dotted rhythm of the first movement’s second theme (1:46) suggests military music from the French Revolution. As in the Pathétique Sonata, the second movement moves to A-flat major.

Beethoven’s Coriolan Overture, Op. 62, written in 1807, was inspired by the tragic play by Heinrich Joseph von Collin (1771-1811). Here is a recording of the Berlin Philharmonic and Herbert von Karajan:

In the play, Coriolanus is about to invade Rome, despite his mother’s desperate attempts to convince him to abandon the campaign. Beethoven’s C minor theme represents Coriolanus, while the E-flat major theme evokes the pleading of Coriolanus’s mother (1:22). Coriolanus doesn’t realize his folly until he has led his army to the gates of Rome. His suicide is depicted at the end of the overture (7:32). Listen to the way the Coriolanus motive is stretched into a painful dissonance at the end (8:14).

Another great recording of this piece is Wilhelm Furtwängler’s with the Berlin Philharmonic. It was recorded in the final days of the Third Reich. You can draw your own conclusions regarding the extent to which the tragic events of the times influenced the unique spirit of this performance.

The most famous of Beethoven’s C minor compositions is the Fifth Symphony. Unlike the preceding music, this piece is about transformation…stormy C minor turns into the ultimate heroism of C major. I’ll offer a few thoughts on this piece in my next post on Friday. In the meantime, here is a great 1967 recording by George Szell and the Royal Concertgebouw Orchestra: