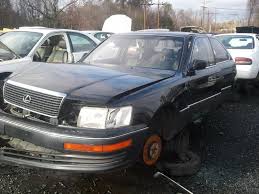 Advertising is about illusion. It manipulates the most irrational recesses of our minds, circumventing thoughtfulness and judgment. Facts and reason are no match for advertising, which plays on emotion, desire and the ephemeral. Madison Avenue can cleverly make any product, person, or idea seem desirable or undesirable, and its reach extends into mainstream news and political campaigns. Are we citizens or brand consumers?

In a new Lexus ad, classical music becomes a symbol for everything which is old, stuffy, boring, and uncool. The ad doesn’t portray “real” classical music, but its image, or signifier. Interestingly, all of the music heard in the ad sounds like virtual orchestra technology. It’s digitally manipulated to sound annoyingly out of tune, whiny and grating. Both the “classical” music and the synthesized drums which conclude the commercial are sterile and soulless.

It’s possible to view the ad as a good natured spoof on the multitude of cliched car commercials which use classical music in an equally stereotypical way, appealing to an image of class, age, and affluence. But even taking satire into account, disturbingly divisive messages remain: “This music is boring and annoying.” “Classical music is for old people. Rock music is for young people.”

Of course, the term “classical music” itself can be viewed as an offensively arbitrary marketing label. When we say “classical,” we’re really talking about all enduring music. Bach, Bartok and The Beatles all fit that description.

Divisiveness is at the heart of corporate advertising. The indoctrination of children from an early age into mass consumerism has been well-documented. As standardized testing has pushed the arts to the periphery of the school day, corporate media has subtly told children what is “cool” and what isn’t. All of this is enough to make you wonder if corporate culture is subconsciously afraid of the arts. Perhaps the ultimate reality embodied in the arts is enough to shatter illusion and remind us that we’re more than brain dead consumers.

This clever remake was made in response to the original ad.

The Lexus ad uses the second movement of Mozart’s Piano Concerto No. 21. Here is the real thing, played by Murray Perahia. The serene opening of Mozart’s Andante (14:01) is deceiving. It lulls us into complacency. But keep listening and you’ll hear a subtle turn towards something darker with the hint of melancholy around 14:45. Amazingly, we slip back into the atmosphere of the opening as if nothing happened, but the seed of that moment of dissonance has been planted and returns throughout the movement. Listen to all of the surprising turns Mozart’s music has in store for us: