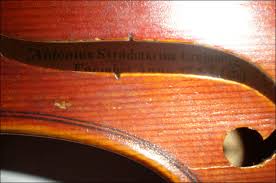 The results of a long anticipated study published on April 7 seem to shatter long-held assumptions about the superiority of 300-year-old Stradivari and Guarneri violins to fine modern instruments. The study, led by French scientist Claudia Fritz with the help of American luthier Joseph Curtin, follows up on a controversial blind test conducted in an Indianapolis hotel room in 2010. Ten prominent violinists, including Ilya Kaler and Elmar Oliveira, were unable to distinguish old instruments from new in a blind test. In fact, modern instruments were slightly favored. This tantalizing documentary shows how the Paris Double-Blind Violin Experiment unfolded.

Currently, many soloists own copies of their famous Strads and Guarneris and frequently perform on these well-crafted modern instruments in concerts. In the end, it’s the relationship between the instrument and the violinist which may be most important. Over time we learn how each violin wants to be played and we discover new colors and tonal possibilities. It’s a relationship of give and take. If we put the right energy into the violin, it rewards us. Nothing can diminish the technological and artistic achievements of the old Italian makers. But this study may be the first step in overcoming an irrational bias against fine modern instruments.

The violin is a ruthlessly honest seismograph of the heart. Four strings stretched over the bridge put sixty-five pounds of pressure on the wooden sounding chamber; this stored energy amplifies every nuance of weight, balance, friction, and muscle tone as the musician draws the bow over the string. Each tremor and movement reflects the musician’s minutest unconscious impulse. There is nothing hidden with the violin-it is like mathematics in that respect; pretense is impossible. The sound coming out of that instrument is a sensitive lie detector, a sensitive truth detector.

-Stephen Nachmanovitch, Free Play: The Power of Improvisation in Life and the Arts

1 thought on “Violins and the Power of Suggestion”