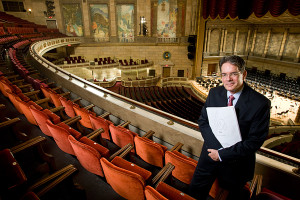 As an alumnus of the Eastman School of Music, I was saddened to hear that Eastman’s Dean Emeritus, Douglas Lowry passed away yesterday. I never met Lowry, but I knew that he was a respected composer. He served as Dean from 2007 up until last week and presided over several significant building projects at Eastman. These included a renovated Eastman Theatre and a brand new wing containing a state of the art recital hall.

You can read more about Lowry’s life and legacy here and here.

Lowry shared some inside Eastman jokes in his 2013 Eastman Commencement Address. He also had some inspiring thoughts regarding how musicians should approach life after conservatory training: